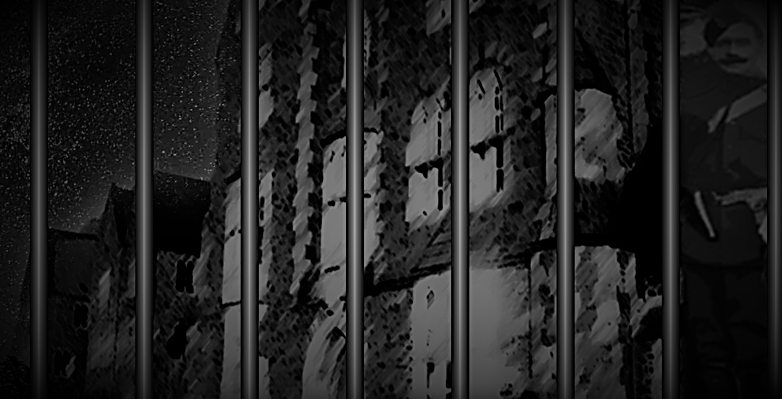 Details have been altered to protect the patient’s identity.

William was a 45-year-old married ex policeman, he was of good health and usually calm in temperament. He was a tidy man, clean in habits and was said to be a man of good character. He was admitted to the Killarney asylum in at the early stages of World War 1 by his family after he had attempted to injure himself. When he was younger, there were no signs of mental illness and he was able to work and live life normally. Two years prior to his admission to the Killarney asylum, he started to feel different, especially under the influence of alcohol. He could get himself into an excitable state of mind and imagine that he was in a battle with evil spirits.  This was terrifying for him and the people around him and it eventually lead him to being admitted to another asylum in a different part of Ireland. After a length of time there, he appeared to have made a recovery and was discharged. He then moved to County Kerry and for a while, seemed to be coping well. He had a tendency to drink alcohol and when under the influence, the symptoms began to return. This time he felt that the evil spirits had cut into his intestines and were taking over him.  By the time that he was admitted to asylum, he was causing himself actual harm, apparently in an attempt to remove the evil spirits from his body.

He was diagnosed with acute mania with alcohol cited by the medical professionals as the causative factor.  He was very excitable when admitted and proclaimed that since admission, St Anthony was operating on him and removing the evil spirits from his intestines. Staff observations noted that he slept poorly in his first week of confinement. He often tossed and turned in his sleep and was heard to say repeatedly that wild animals had broken his wife’s leg. During the day he was both excitable and impulsive. After a week in the asylum where he had rest and isolation, he began to feel better, though he still felt that he was inhabited by evil spirits.

While initially, it seemed like he was settling, it soon became apparent that his excitability and mania was growing. After three months in the asylum, he begins acting erratically, and was constantly throws off his clothing. There was intermittent episodes of calm and normality which was interrupted with periods of mania and depression. There was also a lot of praying; loud, overzealous praying. The more active the phase of mania, the more excitable and volatile the prayers.

Months went into years and after two years, there was no significant sign of recovery. Moreover, his physical health began to deteriorate. He contracted bronchitis and was physical ill for a period of time. At that time, there were many cases of both bronchitis and tuberculosis in the asylum. The walls of the asylum had already been reported as being damp and the windows without curtains. There was not sufficient bedding to ensure warmth and the rooms were cold and overcrowded. It was an ideal environment for respiratory diseases to flourish and indeed, contagious respiratory diseases were a frequent cause of ill health and fatalities.  However, William, while physical sick for a while, did make a good recovery.

Details of William’s life become more scarce as the years progressed. For a while, all that was recorded was that his ‘symptoms continued more or less the same’. However, seven years after admission, the reports began to change and it was recorded that William was ‘more cheerful and slept well’. He became industrious and made himself useful in the ward, helping both staff and patients. He abandoned praying and was no longer impulsive or excitable or delusional and was more like his younger, calmer self. He was hopeful, if not a little anxious, that his wife would come and take him home. It appeared that the medical staff were pleased with his improvements though did not mention that he could be discharged. Time went on and William continued to behave well. Though he was in good health both physically and mentally, he still remained in the asylum. It appeared that no-one was interested in taking him out of the asylum.

Soon similar sentences proclaiming how well William was mentally represented eight, nine and ten years of his life in the asylum. In fact, ten years after admission, at the age of 55, he is said to ‘well mentally, though can be inclined to worry‘. The psychiatrist believes he should get a trial at home but didn’t appear to have the power or inclination to force the issue on what still seemed to be an uninterested family. Again, months pass into another year and William’s worries about ever getting released seem to be well founded. By now, eleven years after admission, he still remains firmly in the asylum. The psychiatrist writes that William is in ‘good health, has put on weight and speaks rationale and is a good conversationalist’. He reads the newspaper and is well aware of the political and cultural changes that have happened outside the asylum since his admission during World War 1. From all accounts, he displays no signs of mental illness, albeit some worry that he has not been released. Again, the psychiatrist writes that William should be discharged but nothing appears to change. Meanwhile, William, now becoming old man, continues to work hard in the ward and is helpful to all. Twelve and a half years after admission, its recorded that William is still in ‘good health, likes to read the newspaper and keep informed of the world’ but is still locked up in the asylum. Soon after, the medical attendant discharges William and his case is closed.  The case notes acknowledge that William was mentally sound for six years prior to his discharge and was eager and capable of being allowed a trial on the outside. It’s unknown if someone claimed him for his discharge or if the medical professionals (possibly one of the newer attendants) discharged him regardless.

Acute mania with alcohol as a trigger or driving influence is not unusual. The extended period of recovery indicates that there were other factors at bay. The long length of time kept in the asylum despite improvement has been noticed in other case stories. William spent 12.6 years in the Killarney asylum (4585 days). When he came out, he was 57 years old, Ireland had undergone numerous social and political changes, it was a country no longer at war or under British rule and was just about to enter another great depression. I can’t help wondering what happened to him, was he able to resettle in County Kerry? was he alone? or did he have family? was he stigmatised? how did he manage? What I do know is that he never came back to the County Kerry asylum, never, ever, again.