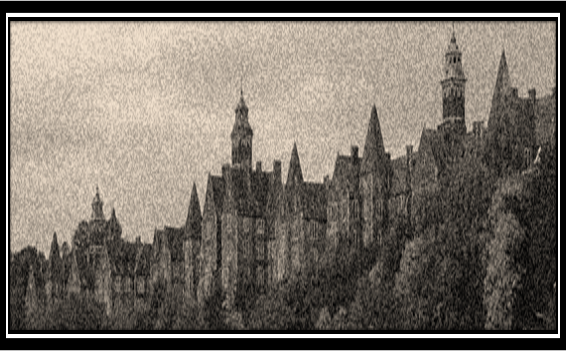 Looking back at some of the treatments that were used to treat the mentally ill in Ireland can be quite shocking. Usually, there was a rationale that drove the treatment strategy but today many seem barbaric, dangerous, if not, downright tortuous. This article is going to describe one of the homegrown treatments that gained international use. William Saunders O Hallaran was a Cork physician, who was the medical superintendentant at the County and City of Cork Lunatic Asylum for 40 years. In the early 1800s, he invented a circulating swing to induce sleep and control over individuals with acute mania or of a obstinate nature. The patient was strapped into a chair or hammock and swung around at a rate of one hundred revolutions per minute, giving a massive rush of blood to the head, intensifying emotions as anxiety and fear and causing physical symptoms such as nausea, vomiting, urination, and sometimes brain hemorrhage. Hallaran, being a cute Cork man, realised that some of the mentally ill patients just enjoyed the experience of the swing and the fun of being on it, improved their mood. Therefore, Hallaran widened the use of the swing to a wider insanity diagnosis.

Hallaran put together a catalogue of treatments that he used at the Lunatic Asylum in Cork and published his descriptions with illustrations in Hallaran’s Practical Observations on the Causes and Cure of Insanity (1818). He based his rationale on work by Erasmus Darwin (Charles Darwin’s grandfather) who rationalised that vertigo, seasickness and unsteady movement had an effect on the brain. Darwin put forth a idea of that a rotation couch may alleviate some forms of insanity but never actually built one. Hallarans’ book was a success in the growing field of lunatic asylums and was used and adapted for nearly a hundred years. His invention gained a popular following throughout the world with his swinging chair being used in the UK, USA, India, Australia and Europe.

Hallaran used a range of treatments including emetics and purgatives (encouraging vomiting and rapid bowel movement respectively), digitalis (derived from foxglove, it has a strong neurological and cardio effect on the body) and opium (an addictive sedative derived from the poppy) as well as hydrotherapy which used alternating cold, tepid and hot showers/baths and body sheet wraps. He advocated an avoidance of sloth by regular manual work.

All in all, if you were in the Cork Lunatic Asylum, chances are that you spent your days working hard, having some fun on the swings, used herbals to instigate sedation or excitement and had frequent cold and hot exposure to water.